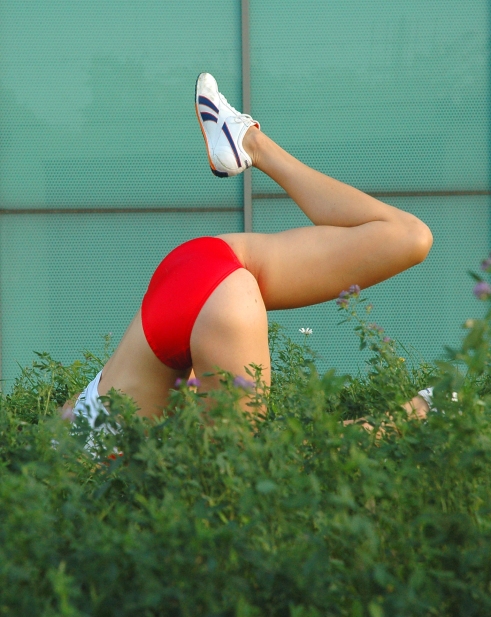 “POLSKA” is based on sympathy and empathy. Using dance, performance, music and video the show, with a subtle sense of humor, leads the spectators to react physically to what they see.   They might think of embarrassment. They surely deal with their own projections. They might think about performance and performativity, about results and success as well as failures and injuries. The dancer wears a sprinter costume and her body can definitely not escape to its cultural nature.